Star Saber, a member of Autobot Brainmaster, the Supreme Commander of the Autobots,
has arrived at our office! 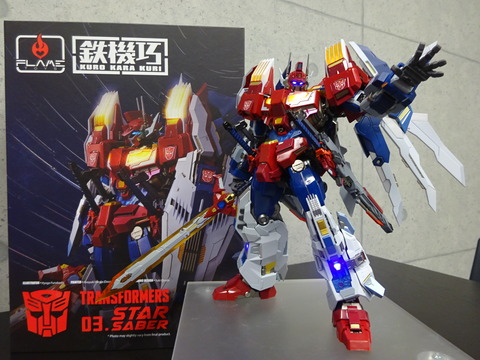 This is the box looks like.
Matte cardboard box with glossy print logo. 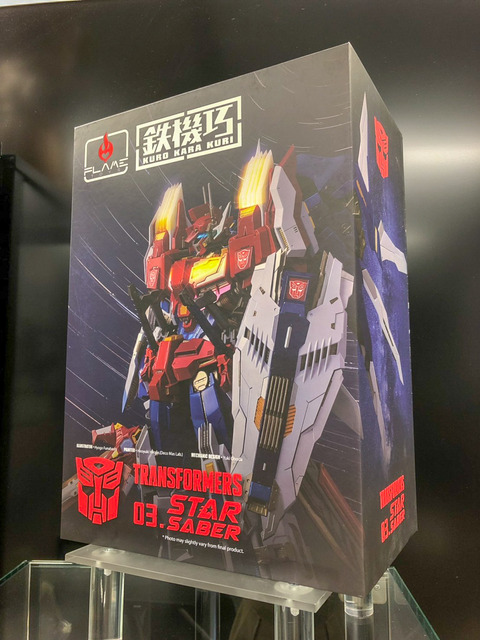 The plastic box inside is been redesigned to make it easier to take out from the cardboard box.

Two small swords, one big sword and one shield are included. 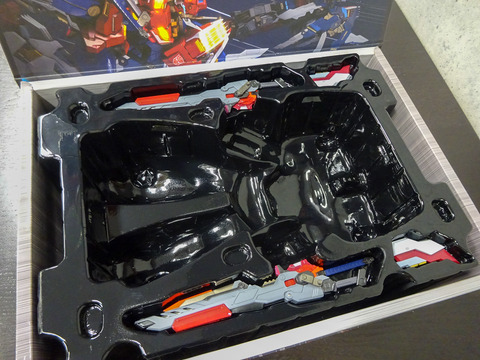 The wing and different poses of hands are in the package one layer down.

Die-cast is used to increase solidity and heaviness. 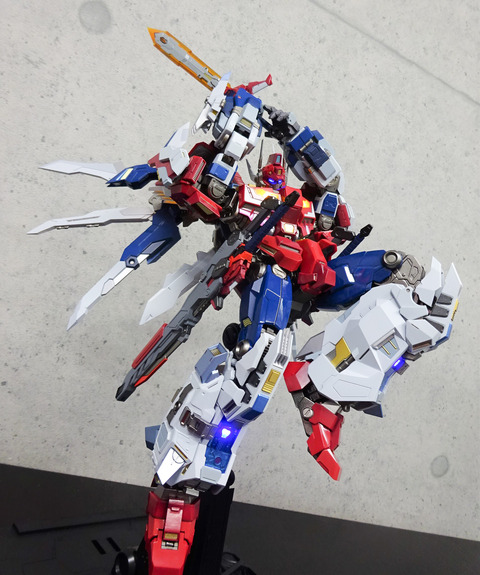 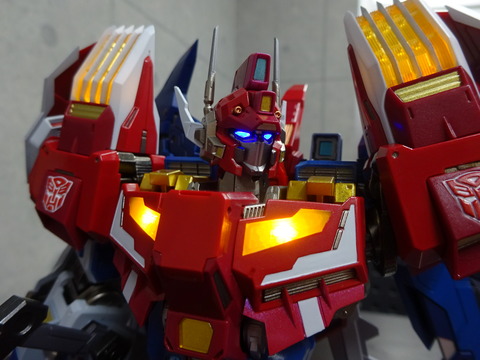 Not only the body but also the weapons load expending or gearing gimmick.

The wing on the back will spread to 35cm, which gives him a strong presence.

Also!!!
Remember that?
He is able to combine with “Victory Leo” to form “Victory Saber”!